Held on a regular basis, the Spartan Sports Journalism Classic is a day-long forum that brings together MSU sports journalism alumni with faculty and students. The event is fast-paced, with speed resume coaching, interesting panel discussions, and chances for students to network with professionals in the field. 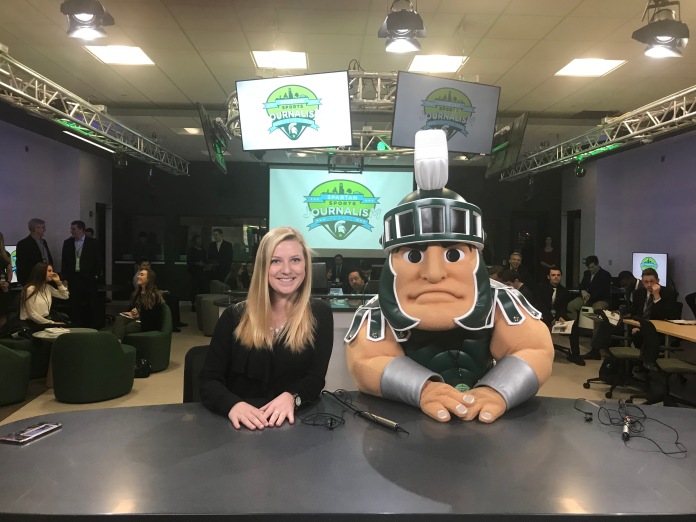 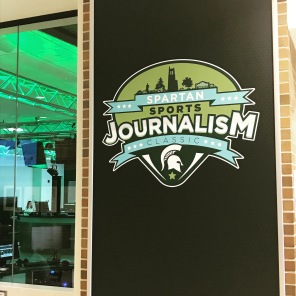 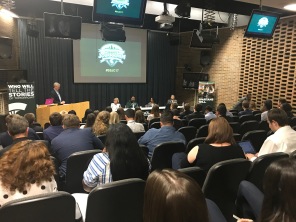 The 3017 SSJC, hosted by the School of Journalism and Sports Journalism, was held Oct. 20 at ComArtsSci. The SSJC used the new Spartan Newsroom for panels, as well as many other rooms in the building to bring together alumni and students. The closing panel, which was livestreamed on the School of Journalism’s Facebook page, featured Detroit Tigers broadcaster Dan Dickerson as the moderator, with WKAR’s Al Martin, The Athletic Detroit Editor in Chief Craig Custance, freelance sports author/philanthropist Jo-Ann Barnas, and freelance sports writer Shannon Shelton Miller.

A new wrinkle was our students going live, all day, from the Spartan Newsroom with chats from the anchor desk with our great alumni. Facebook viewers heard from Shelton Miller and her brother Harold Shelton (Big Ten Network), Dickerson, Mario Impemba (Fox Sports Detroit), Barnas, and our students and faculty. Even Sparty was interviewed (he didn’t have much to say in words, but spoke volumes!) 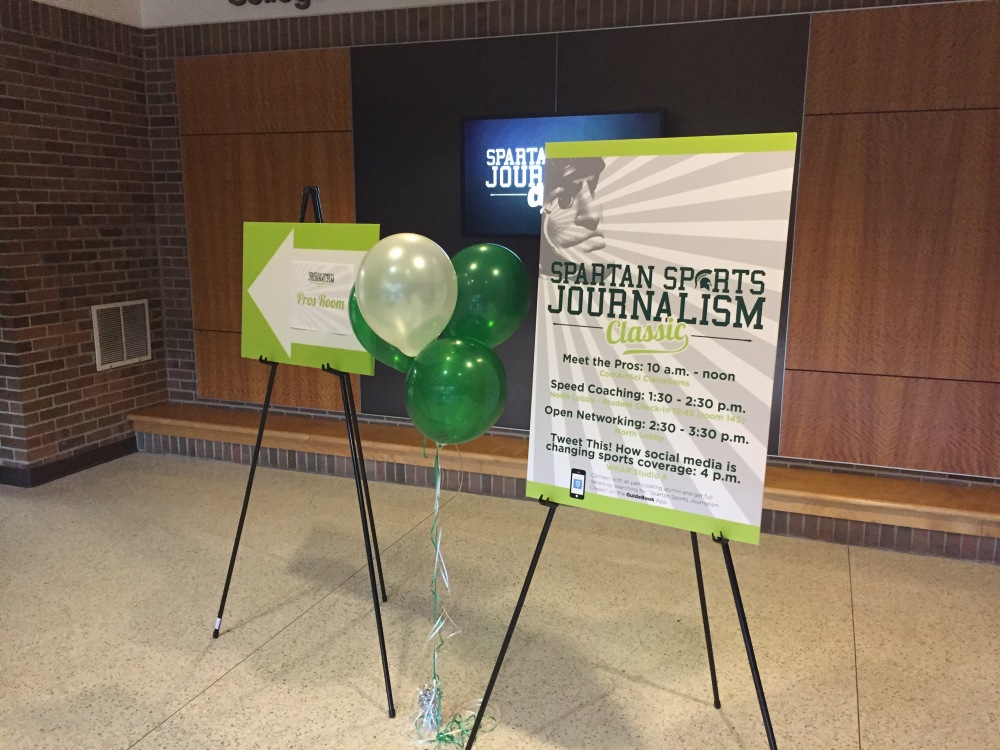 On Saturday, MSU Sports JRN was the main feature of the President’s Tailgate held at Cowles House. Our alumni mingled with guests, and Sports JRN showed off the hype video and discussed its reach and innovation.